Back to Our Blog

Being a CEO in a Multicultural Environment

Hello, I am Bram. Five years ago, I launched into an adventure called CactusSoft, with the clear ambition to help companies located close to my home with their challenge to build decent digital applications for the future.

Yes, I care about the wellbeing of the region where I live, pay taxes, and raise my kids. Hence, I was committed to help solve the lack of talent in software development that hinders companies trying to achieve the necessary step of becoming future-proof.

I ended up in Minsk, Belarus, buying a company staffed with, of course, local people. Most were named Alexey, with some exotic variations of Alexander, and the ladies were called Ana or Daria. It was the start of the discovery of a new culture, on both a personal and a business level.

I had 15 years’ experience working in international firms with people from Spain, France, Germany, and England. In hindsight, these were all quite close to Belgium, and quite similar. Now, crossing the iron curtain, things turned out to be a bit different…

I was equipped with my personal ‘handbook’ consisting of two key expressions my previous bosses had taught me:

So, I discovered that on some topics, such as how to make decisions, Belarusians are not as ‘thirsty’ as I was used to. In my previous experiences, especially tough decisions were – yes, I admit – treated delicately, and hence taken slowly. Quickly I noticed in Belarus that a decision is expected to be taken seconds after all elements are known: you are expected to think close to the speed of light while absorbing all information and putting it into action. How neat is that? Throwing away all political small talk, pre-alignments before taking decisions, lengthy meetings about communication, etc.: all to the waste bin!

Being prepared at all times was the new gimmick. Be sharp when the recruiter informs you about a suitable candidate being available for a job offer. ‘I’ll think about it’ would not work, because wasting five seconds in the decision-making process might have given the impression of ‘we don’t care’ or even ‘we don’t want him/her onboard’. Better results were achieved with ‘great, offer a salary of x asap!’ So, lesson learned: people were not thirsty for lengthy and elaborate decision-making processes. Check!

Treating people like you want to be treated yourself was a lesson I learned from Sir Richard Brandson himself. Equipped with a sleeve full of polite questions showing interest in people’s private lives, work–life balances, their dogs and children, I discovered some resistance: there was little appetite to disclose personal things. No invaders, please. So, maybe I should rephrase it as ‘treat people like they want to be treated’. That worked better. Keeping the personal interest questions for those suitable (rare) moments, it appeared the more important thing was that most employees wanted to be taken care of: I was expected to be there when things turned bad. Projects that turned out to be complex, customers asking the impossible: playing the in-between buffer was spot-on. Check!

Although these two cultural differences may sound a bit anecdotal, the broader picture is a universal one: remain true to who you are, but respect others’ ways of thinking and interests. Show the values you really care about: be transparent and reward people. These are universal. Put the employees at the heart of the organization.

Managing a Distributed Team: What to Know

So, there are no challenges left? Sure there are. Distance remains a strange thing. Although it seems sometimes too time-intensive to travel back and forth, it pays off in the end.

Understanding each other also translates into eye contact, observing the details and taking into account the specificities of each person. Being together at an important moment builds trust and belonging.

In the face of the covid situation and the travel restrictions to Belarus, things didn’t become easier. Taking into account the distant work relationship, I provide three examples of daily practices I tried to use:

At the same time, let’s be honest as well: there are boundaries to what you can achieve working from a great distance. It is virtually impossible to satisfy everyone at all times… In the end, ‘on ne saurait faire boire un âne qui n’a pas soif!’ 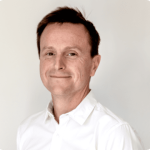 Founder of CactusSoft Belgium in 2016. Before that, he used to work mainly in aviation as a strategic advisor. He is a father of three and adores sports. 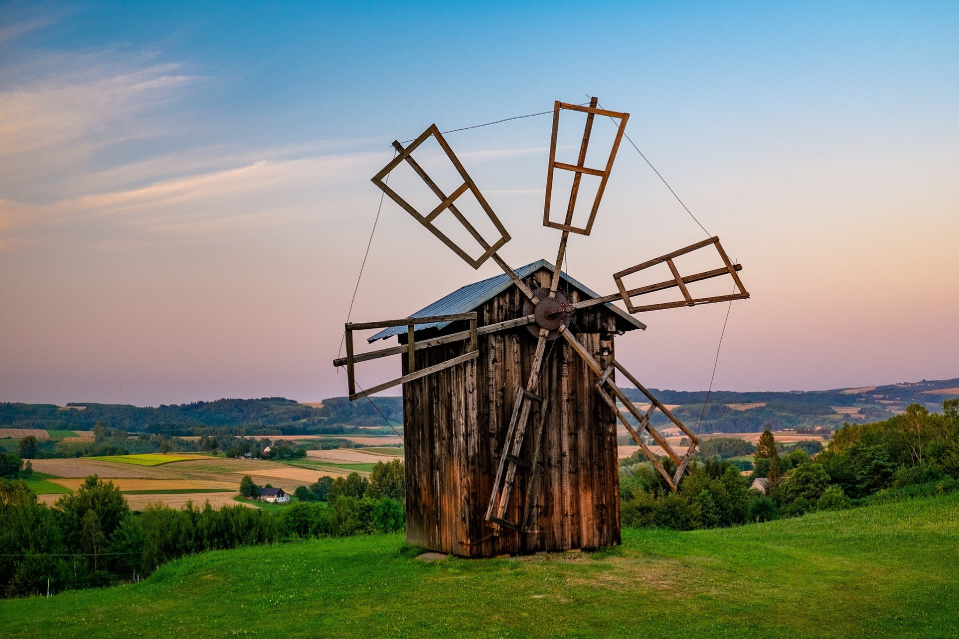 2021 Outlook: How Technology Will Drive A Boom In Rural Living

You can find out more about which cookies we are using or switch them off in settings.

This website uses cookies so that we can provide you with the best user experience possible. Cookie information is stored in your browser and performs functions such as recognising you when you return to our website and helping our team to understand which sections of the website you find most interesting and useful.

Strictly Necessary Cookie should be enabled at all times so that we can save your preferences for cookie settings.

If you disable this cookie, we will not be able to save your preferences. This means that every time you visit this website you will need to enable or disable cookies again.

This website uses Google Analytics to collect anonymous information such as the number of visitors to the site, and the most popular pages.

Please enable Strictly Necessary Cookies first so that we can save your preferences!

The core activities of the Company don’t consist of processing operations which, by virtue of their nature, their scope and/or their purposes, require regular and systematic monitoring of data subjects, including who are in the European Union (EU) (hereinafter- personal data).

When exercising a principal activity, the CactusSoft on behalf of the central-office company of CactusSoft Group of the companies – LitusSoft Belgium, Putstraat 32, 9051 Gent, Belgium (acting as a Controller) under and in accordance with EU General Data Protection Regulation 2016/679 (hereinafter – GDPR) may process Personal Data of data subjects who are in EU (hereinafter- Personal Data), acting as a Processor.

The purposes and means of the processing of Personal Data are determined by Controller under and in accordance with GDPR and this Privacy policy.

1. Collection and use of personal data

CactusSoft may (be required to) process certain Personal Data of data subjects (hereinafter – User (“User”, “you” or “your”) on the occurrence of any of the following:

When using the website for informational purposes only, i.e. if a User doesn’t provide CactusSoft with information (e.g. via contact forms), we may only collect data that User’s browser transmits to CactusSoft’s server (so-called “server log files”). When User visites the website, the following User’s Personal data may be processed:

The purpose of Personal Data processing: exclusively for the purpose of responding to User’s request and (or) for establishing a business contact and (or) lead generation.

The legal base for Personal Data processing:

In the context of contacting CactusSoft via contact form of website or e-mail info@cactussoft.biz the Personal Data may be (required to) processed.

In particularly, the User is suggested to fill the the contact form in the section “Contacts” of the website and click the button “Send a message”. Also, a User may send a request to CactusSoft via e-mail info@cactussoft.biz.

In this case the following personal data of User may be provided to CactusSoft:

the purpose of Personal Data processing: exclusively for the purpose of responding to User’s request and (or) for establishing a business contact and (or) lead generation.

the legal base for Personal Data processing:

1.3. Subscription to the Blog

When a User subscribes to Blog via the website, the User’s Personal Data may be (required to) processed. In particularly, the User is suggested to fill the contact form “SUBSCRIBE!” of the website and click the button “Submit”. In this case the following personal data of User will be provided:

the purpose of Personal Data processing: exclusively for the purpose of delivering to User news about new and updated articles on Blog, some promotional or informational e-mails.

The User may stop the subscription to the Blog by following an active link “Unsubscribe” which is contained in each message send via Blog.

In this case the User’s email address will be removed from the mailing list immediately upon unsubscription.

the legal base for Personal Data processing:

(required to) processed. In particularly the User is suggested to fill the contact form “Join the team” in the section “Careers” of the website, attach a CV and click the button “Send”. In this case the following personal data of User will be provided to CactusSoft:

For EEA data subjects, processing of Personal Data for this Purpose is based on section:

2. Collection and use of non-personal data

In order to record and analyze how visitors use our Website as well as to improve visitors’ experience, CactusSoft collects details of your visits by using Google Analytics. Google Analytics places and uses cookies that allow CactusSoft to track website traffic and users’ interaction with CactusSoft websites.

CactusSoft may use cookies to record your consents on its websites (e.g. the consent to the use of cookies).

If you want to withdraw your opt-in to our Cookie Policy, please clear your cache by visiting browser settings.

The employees of CactusSoft, the Controller and (or) its affiliates and who are in contact with User, only, may access the User’s Personal Data.

CactusSoft uses the Personal data on behalf of the Controller as per this Privacy Policy and instructions of Controller formalized under and in accordance with GDPR.

CactusSoft, the Controller and (or) its affiliates don’t sell, trade or otherwise commercialise User’s Personal Data, provide the collected personal data to third parties, unless we explicitly state that this is required for a specific action, or unless we are required by law to provide said data, e.g. at the request of the competent legal authorities in the framework of a judicial inquiry or legal proceedings.

According to the Controller’s instructions CactusSoft implements corresponding technical and organizational measures to protect the Personal Data provided by Users against unauthorized access, unauthorized use, theft or loss.

A User whose Personal Data is being processed has the right to:

In order to exercise such rights, please contact info@cactussoft.biz

The User shall have to provide a proof of his/her identity to the satisfaction of Controller by providing an official document (e.g. ID Card, driver’s license, etc.) in order to safeguard the fact that the right person is exercising such right.

CactusSoft shall promptly notify the Controller about any User’s request for exercising of data subject rights received directly from the User without responding to that request, unless it has been otherwise authorized to do so by the Controller.

6. Duration of retention of personal data

Unless otherwise specified by Controller, CactusSoft retains User’s Personal Data (i) as long as Personal Data is relevant for the purpose, (ii) for the duration of any retention period that is required by law; or (iii) the end of the period in which litigation or investigations might arise. After such period, according to Controller’s instructions CactusSoft either deletes or anonymizes the Personal Data.